Trying to get back into the routine and act like I'm not pregnant. LOL!

Feeling a little bloated but no too bad, my energy is good, and still no morning sickness! The only time I really feel like my energy is low is when I'm not fueling my body with something so I'm packing lots of snacks and making sure to get a ton of nutrients in before I head out the door.

Still on my smoothie kick and of course taking all my daily micronutrients.

Today he turned 32 years old, which makes me feel a little older LOL because I'm 2 years older than him.

I was so happy that I could do his birthday workout and only had to modify a few things. He didn't want me to do it with a class because he says I"ll try and start to compete which might be a little true and for the best. LOL.

But it sucks because I wanted to do it with everyone else.

And I'm sure people would be wondering why I was modifying a bunch of things.

Either way it was a good workout and I'm happy I got to do it.

We got home late from the gym but decided on ordering some Pizza (Jet City) and having some ice cream to celebrate his birthday.

It was so GOOD!

Today I woke up and didn’t wanna get out of bed.

I felt irritated, moody and I didn’t really wanna be around anyone. I hope other pregnant women feel this way too and it's not just me.

Some days are harder than others and today was one of them. I tried my best to buckle down, get though my training, and be the best coach possible today.

On a positive note, training felt good, I feel strong.

Started off the day with an early nutrition client meeting. It was nice to catch up with her and learn what she’s been up to and what her goals are right now.

After that, Jodeci and I met up with Seon and Mary at HB Beverage for açaí bowls and it was so delicious! I got some Granola, I love granola!

Spent the rest of day doing a bodybuilding type workout and got to focus on shoulders and arms which was nice. Then trained clients. Thursdays are always busy with coaching for me.

Came home and ate dinner! Had a yummy salad, it was so delicious. I've been really going all out with the salads - adding as much nutrients to it as I can. It just takes a little bit longer because of all the weighing and measuring but once it's done, it's so delicious. I always try and make an effort to make it look good too, I just think it makes it taste better.

And of course an Ice Cream Cone!

I think it might be from a lack of sleep the last two nights and having to deal with a lot going on right now with the business. As soon as you get one thing under control and going smoothly, something else comes up. Coached some clients today and had a couple nutrition meetings later in the afternoon.

Had a couple hours reserved for catching up on some work, answering emails and prepping for our team training day tomorrow. No working out today but that's okay, I'm proud for not feeling guilty about it. It helps to plan ahead and know your rest days.

We're having dinner with Chris and Ceybom tonight and I know she has some diet restrictions right now so I went and picked up some vegan cupcakes for her birthday! (Got regular ones too for everyone else)

I really hope she can eat the vegan ones!

I was definitely a little sensitive today, emotional. Stupid hormones!

Took pups for a walk at Lakemont park then picked up some teriyaki for lunch and veggies to grill for dinner at Chris And Ceybom’s. Went to Chris and Ceybom’s for dinner and surprised them with the pregnancy news! They were so excited! It was so amazing to see how genuinely happy and excited they were for us.

The crazy thing is last year, we went out for Ceybom and Albert's Birthday (their birthdays are so close together) and they surprised us by announcing their pregnancy and Jackson was due in January. It was so cool to get to do the same thing!

Albert bought a toddler shirt that said "Your killin me smalls" which came with a onesie that said smalls and we had them open it. Albert said it was because Sandlot is one of Chris's favorite movies and they both grew up playing baseball together. Still can't believe they've known each other since they were babies and they're still friends. I guess they've always talked about growing up together, having kids at the same time, and living in the same neighborhood so their kids could play together. Well, I guess it can happen now.

It felt good to eat Healthy!

I ate a lot, still following my Macros (not as tight but still using the numbers) and really enjoyed everything. The corn was delicious! I've really been into corn right now too. Random I know. Ceybom couldn't have any of the cupcakes which made me feel bad for her but I get it, she's looking out for the baby. Everyone else sampled the cupcakes and the cookies that Ceybom made were really good!

Ate to the point I Felt Full and when I got home... I was really tired!

Early morning to wash and prep fruit, pick up coffee and donuts for the team training today. We announced our pregnancy to the team and I was surprised at their reactions. Everyone's reactions were different and it's good to know as we reveal to more friends and family... Not everyone will react the same way. It's a shock for some people but I thought it was very important to tell our team, to be transparent, because not only do we work with them everyday, we trust each other.

We had Dr. Mobley come in (Albert's Level 2 Partner From a Workshop) and we got to spend some time learning from him. Very cool to get insight from other people in the industry and providers who work with athletes

Overall it was a great day with the team and I am trying really hard not to be moody.

That night we went to my parents to take my mom out to dinner for her birthday. We got her a new deep fryer and surprised my mom and my Dad with the news. We gave both of them onesies that had a little saying on it. One for Grandma and a Corvette one for Grandpa because my dad loves Corvettes and said he would give his to his first grandkid.

They were so happy and in shock I think. They both cried. I know they've both been wanting grandkids for awhile now and you could tell how overwhelming it was to find out. I asked my Dad if he was crying, he said "Yes!" and walked away for a moment LOL.

My Mom also quickly forgot about her new Deep Fryer and went on about how she's going to spoil her grandkid.

We went out to a Mexican Restaurant, one of my mom's favorite places she likes to go and had a great dinner. My dad was quiet the entire time which is crazy because if you know my dad, he's always talking, joking, and laughing.

Today, he was just quiet. He said he wasn't hungry and then just didn't talk and kept eating LOL.

What a special moment and it made me so happy.

I was so exhausted when I got home that I literally passed out on the couch around 8:30pm. I felt like I did a competition.

My body felt like it got beat up. I did wake up around 10:30pm for some ice cream tho and watched ‘Rampage’ while Albert was passed out on the couch. Totally a movie that he would be up to watch and I would be sleeping but I think he was exhausted from the weekend too.

I cancelled all plans for today (Didn't get to go to Lauren’s Baby Shower and I did not meet up with Jennifer & Mechelle.)

Albert was gone majority of the day hanging out with Andy, Chris and Michael for Andy’s bachelor party get together since Albert couldn't go. Was happy to get a picture texted from him and the guys, they looked happy! I can't believe he's been friends with Andy since 10th grade and has known Michael and Chris since he was like 2 years old!

So I spent the day cleaning, doing laundry, organizing, grocery shopping, meal prepping, vacuuming and I walked the pups with my sister and told her I was pregnant. We gave her an auntie onesie that said "My Aunt Loves Me A Latte". Little cute sayings like that totally reminds me of Divina. She cried and was so happy.

We also got to talk things out and I was so calm and collected. I don’t want to stress. I don’t my body to feel any negativity or unnecessary stress. I want things to be happy and good for the baby. Will not let small little things get to me.

I want everyone to get along.

I don’t want to hold any more expectations for anyone including myself. I'm getting better at letting the things I can't control go and only focus on what I can do. (Easier said then done)

Being pregnant is definitely challenging! 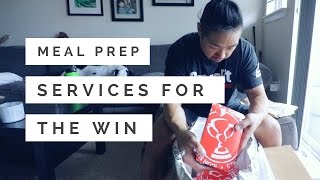 5 Things I Really Wish I Would Have Known Before Having A Baby: His & Hers Edition

Baby Is As Big As A Grapefruit! | Week 23 Mesha's Pregnancy Journal

One Day At A Time | Mesha's Pregnancy Journey (Week 18)